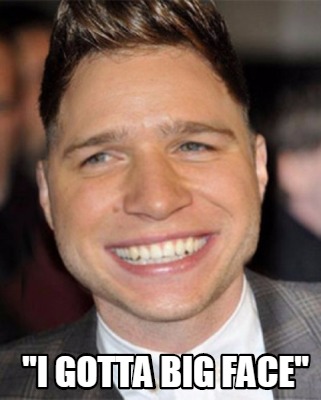 The fire-ravaged Amazon rain forest is to be replanted on the enormous face of British pop icon, Olly Murs, it was announced last night.

A spokesman for the Brazilian government told a news conference in the capital, Brazilia: “We’ve decided to leave the present rain forest to burn and plant a new one on Olly Murs’s big face.

“We’ve spoken to Olly and he’s agreed to lie down alongside the old rain forest while a team of tree-planters move in and plant millions of saplings on his face.

“We estimate that by 2040, we’ll have at least three million square kilometres of new trees on his massive forehead with another two million or so on his chin.

If successful, this project will rank as the most ambitious ecological rescue act since The Great Barrier Reef was protected from further pollution damage in 2012 by being completely covered with a pair of Simon Cowell’s gigantic, high-waisted trousers.