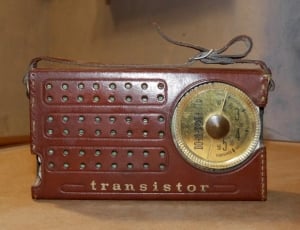 A 54-year-old man who has been on duty in a lighthouse in the Thames estuary for a record 27 years without a break, yesterday tied the knot with the small Japanese transistor radio that has been his only contact with the rest of the world throughout his marathon tenure.

Toby Dell, originally from Whitechapel in East London, told The Whelk: “It’s been a pretty lonely life and I probably wouldn’t have been able to stay sane without my radio, so when it agreed to become my wife yesterday I felt like the luckiest man on the planet

“It’s already been like a wife to me down the years. It sings to me when I tune into Radio 2, it chats away when I switch to the LBC phone-ins, and even emits a high-pitched whine when I’m watching football on the TV if I tune it in between stations”

Mr Dell then admitted that the sexual side of the relationship hasn’t been the best and that he can only obtain relief by pleasuring himself late at night if a female weather forecaster is reading the shipping forecast on BBC Radio 4.