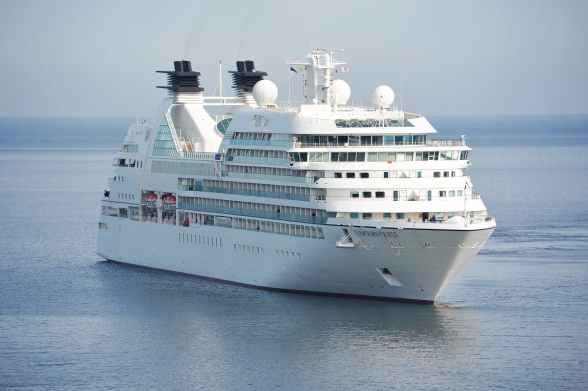 It has been estimated that over ten thousand irritating people of below-average intelligence aged 50 and above have been left disappointed by the government’s failure to allow cruise ship holidays to take place this summer due to the coronavirus pandemic.

Many of those affected have expressed dismay at being deprived of the opportunity of living cooped up like cattle on a floating retirement home, spending their days traipsing morosely round and round the upper deck, stopping only to cram appallingly-cooked meals down their necks and washing them down with watered-down lager or exotically-named cocktails made from orange squash and shoe reconditioner.

A government spokesman said last night: “While we realise that the ban will be disappointing for many we have to consider the risk to the health of both passengers and crew.

“We have taken our decision based on the fact that cruise enthusiasts are mostly elderly and overweight irritating dullards, whose idea of relaxation is spending six weeks in a room smaller than the average solitary confinement cell, stuffing their faces, vomiting over the side rail, and heaving their bloated bodies around the dancefloor to teeth-grindingly out-of-tune crooners accompanied by truly atrocious swing bands in the evenings”.

The news was tempered, however, by yesterdays announcement that Britain’s mentally sub-normal youngsters will still be able to fly to Torremolinos for their customary bouts of alcoholic poisoning, venereal disease, imprisonment, and fatal balcony falls.