These handsome little mirrors are an absolute must for today’s health-conscious man.

Lovingly handcrafted in real plastic by our highly-skilled, Pakistani orphan workforce, they are durable, stylish, and a must-have for any man who wants to have a good look at his testicles under a strong, solar-powered light.

Simply strap a mirror to each leg, plug the handy 22′ long cable into a wall socket and even the most myopic male will have a crystal-clear view of his most precious assets thanks to our fibre-optic ©Nut-Light technology.

“I still haven’t been able to see anything” – Matt Hancock, Secretary of State for Health

Simply send a cash remittance for £22,897.45 to: The Whitechapel Bellend Foundry, Commercial Street E1 and we’ll do our best to ensure that you receive your mirrors at some unspecified point in the future although we can’t promise anything.

DISCLAIMER: I’m a gullible twat of heroic proportions with more money than sense who will buy anything associated with the royals. Neither myself nor any of my relatives are violent and/or carry a firearm.

A 54-year-old woman was in hiding last night after revealing that she killed her husband by hitting him over the head with an iron bar and then dismembered his body in the bath after the two had fallen out over the correct method to employ when painting their bedroom ceiling.

Speaking to a Whelk reporter from an unknown location, Tracy Dell, a hairdresser and mother of six, said: “I told Toby that we should use sugar soap on the ceiling prior to painting to ensure a professional finish, but as usual he wanted to cut corners and just brush off any cobwebs before beginning the cutting-in around the cornices and light fittings.

“I just lost it and felled him with the pry bar that he’d been using to lever stray carpet nails from the floorboards prior to laying a new carpet.

“There’s no way he could have survived that, so I dragged him into the bathroom and dismembered him in the tub using an angle grinder.

“I’ve put the bits in black sacks and left them out with the food waste.

“Hopefully, the dustmen won’t notice and he’ll end up as swill on a pig farm somewhere”

It is estimated that in London and the South-East alone over two million married couples fight to the death over home decor disagreements every year.

EDITOR’S NOTE: No Cockneys were harmed during the compilation of this funny and totally non-politically correct item. In fact, some of our best friends are Cockneys, including ourselves. Although, having said that, we do have a person from Yorkshire on the staff, but we don’t like to talk about her in polite company. In fact, we only keep her on because she’s really pretty, good at graphics, and makes us laugh when she speaks in a silly accent and talks about ‘washing t’ pots’.

Danish/American heartthrob actor, Vigo Mortensen, has told The Whitechapel Whelk that Mrs Bridges, the formidable cook out of the popular 70s period drama, Upstairs Downstairs, engaged in a steamy romp with the young actor during a brief stay in London in 1972.

“I was a shy teenager when I arrived in London for a two-week holiday,” he told us. “But thanks to Mrs Bridges, I went home a skilled lover and feeling ten-feet tall.

“She came and sat at my table and began to tell me that she was the cook in Upstairs Downstairs and was making over two-hundred pounds a week.

“She was a big woman but there was something about her that lit a fire within me and I didn’t hesitate when she asked me back to her place in Lambeth Palace Road.

“Within minutes of getting inside, we were tearing each other’s clothes off.

“She was still wearing her cook’s outfit and I had to struggle to undo her pinny at the back.

“Moments later, we were rolling around naked in front of a roaring log fire

“It seemed like the most natural thing in the world

“At the height of her passion, she kept calling out, “How many for dinner tonight, Mr ‘udson?”

“I left the following morning after she’d cooked me a hearty breakfast of devilled kidneys, lightly poached quails eggs, accompanied by petit fours and grilled artichoke hearts in a piquant tomato and basil sauce.

Sadly, Mrs Bridges passed away in 1974, but a family member told us that she often spoke fondly of Mortensen and would remark that he’d probably play Aragorn in Lord Of The Rings one day.

A 30-year-old Whitechapel man was recovering in hospital last night following an incident in which a police officer deployed his taser after the man had taunted him over the popular animated movie, Sausage Party

Toby Dell, from Vallance Road, allegedly shouted to the officer who was on duty near Aldgate East station, that he was going home to watch Sausage Party while the officer would have to remain on patrol.

A bystander told a Whelk reporter: “I heard a heated exchange between this man and a police officer

“The man was yelling that he was going to watch Sausage Party and that the officer wasn’t.

“He was right in this cop’s face, so when he drew his taser and shot him, I wasn’t surprised and even gave him a thumbs-up while this idiot was twitching on the deck”.

A spokesman for the Metropolitan Police said last night: “In the current emergency we urge members of the public to act with common sense and respect, particularly where Sausage Party is concerned.

“If you are going to watch it at some point, please close your doors and windows so that others won’t realise that you’re enjoying the sausage based antics in the finest motion picture ever made”

In other related news, the actors playing the main sausage and the hot dog bun are going to visit the Royal London Hospital later today where they will meet with frontline staff to offer support and good wishes.

THIS WEEK: Pop Muzik by ‘M’

NEXT WEEK: Remember You’re A Womble, with revised lyrics by The Dalai Lama 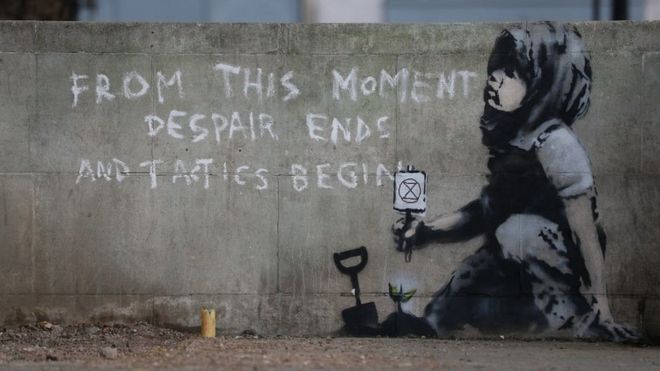