A 54-year-old Whitechapel woman and prominent anti-vaccine advocate has told The Whelk that Microsoft billionaire, Bill Gates, will use a microchip contained in the vaccine that was administered to Her Majesty The Queen yesterday to compel her to give oral relief to movie icon, Tom Hanks, live on the BBC.

Karen Thrawl, an Uber driver from Vallance Road, told our reporter: “Now that the Queen’s had the vaccine she will be under the total control of Bill Gates due to the chip and the first thing he’ll do is make her give Tom Hanks a noshing on TV to discredit her before taking over the monarchy himself.

“He will then make Tom Hanks, The Duke of Edinburgh, and George Clooney will be crowned Prince of Wales.

“They will then all live together in Buckingham Palace, drinking orphan’s blood to keep them young-looking while the Queen and Prince Philip will be put into the lizard enclosure at London Zoo.”

A spokesman for the royal family discredited Mrs Thrawl’s assertions last night: “Her Majesty has not expressed any desire to give Mr Hanks a gamming on the BBC, nor any other television channel, at this time, although, this could be because the chip hasn’t been activated yet” he told us.

Mrs Thrawl’s prediction comes just two weeks after a 35-year-old anti-lockdown activist told The Sunday Times that covid-19 is a myth and that all the dead people are just actors who will eventually jump out of their graves and take over the world led by George Soros and 1960s pop princess, Lulu.

Tens of thousands of desperate Londoners made a dash for railway and coach stations on Saturday night as the government’s imposition of strict travel curbs threatened to dash their hopes of killing their elderly relatives over the Christmas period.

While many of the central London travel hubs, such as Victoria Coach Station and St Pancras railway terminal, were overwhelmed by huge crowds – desperately trying to wipe out their parents and grandparents before the midnight deadline for the Tier 4 regulations came into being – large numbers also created huge motorway tailbacks as the race to finish off elderly loved ones reached a fever pitch.

We spoke to one would-be traveller, Toby Dell, 54, from Thrawl Street in Whitechapel, who was on his way by train to kill his 72-year-old widowed mother in Hertfordshire: “The news of travel restrictions came as a hammer blow, to be honest.

“I could see my opportunity of settling my mum’s hash once and for all slipping away and knew that I would have to do everything humanly possible to finally finish her off.

“I’m hoping to get the train to Welwyn Garden City and then walk the rest of the way so that I can spend the entire Christmas period putting her at grave risk before coming back for the New Year to hopefully wipe out my in-laws who are also knocking on a bit.

“I can’t wait to see them all fighting for breath on ventilators, to be honest”

“If people just exercise some restraint over the festive period, I’m wholly confident that this government will finish most of the old folks off via welfare cuts and a crippling period of renewed austerity anyway”

On a serious note, anybody who puts the vulnerable at risk by refusing to wear a mask or by assembling in large gatherings etc should be dragged out into the street and flogged to the bone. In our humble opinion of course – Ed

Holden, 75, explained: “Gates now has full control of Mrs Keenan just as he will have control over anyone who takes this vaccine.

“I saw that poor lady’s eyes glaze over as soon as the nurse gave her the shot. She then attempted to pull her sleeve down, probably to conceal the fact that the skin close to the site was bubbling a bit as the genes started to take effect, proof positive that mind control had begun.

“I also noticed she had trouble getting out of her chair and had to be helped to walk out of the room by a nurse, a clear indication that Gates was controlling her leg moments.

“I expect he uses a remote control with a joystick from his front room or something like that.

“He’ll be offering her kidnapped baby blood to drink soon, probably by the weekend, to keep her in good shape and young-looking.

“He already does if for Tom Hanks and George Clooney.

“I’m almost tempted myself in actual fact but I think I’ll stick to the Botox shots. I mean you know where you are with those don’t you?”

Mrs Keenan responded last night in a brief statement to Reuters news agency. She denied being under Gates’ control and referred to Holden as ‘a fucking idiot’

BREAKING: Whitechapel to be first to get covid vaccine, says WHO

In what some are seeing as a surprise move, the World Health Organisation has announced that the people of the London Borough of Whitechapel will be the first to be offered the ground-breaking covid-19 vaccine once final safeguard checks have been carried out.

Speaking to newsmen yesterday, WHO Director-General, Tedros Adhanom Ghebreyesus, said: “After due deliberations, we have decided to offer Whitechapel the vaccine first.

‘Initially, we were favouring a widespread roll-out in parts of the underdeveloped world suffering from severe outbreaks, but we changed our minds at the last minute. So Whitechapel it is”

It is understood that the London Borough of Bermondsey in South London was also at the forefront of areas under consideration, due to the fact that in the event of any adverse reaction which resulted in people becoming hideously misshapen or deformed nobody would notice any difference.

A 35-year-old Whitechapel woman has told The Whelk that the reason her three youngsters haven’t been abducted by a paedophile gang is down to a recently installed lamppost in her street which she claims was commissioned by US President Donald Trump, primarily to ward off death-dealing 5G covid-19 rays being emitted from the other lampposts and also her microwave oven.

Tracy Dell, a housewife and mother of three told us: “I live in fear of my kids being abducted by paedos, but thanks to President Trump’s anti-5G lamppost, they have all remained safe.

“It was only installed a few months back but I knew immediately it was a Trump lamppost because it had a bit of orange paint on it that set it apart from the others, in the same way that Donald’s skin makes it easier to distinguish him from his wife and Mike Pence who are much whiter.

“Since that lampost went up not one of my kids has been kidnapped by nonces, nor have any of them contracted 5G-generated covid, although my hubby died from it last week.

“I can’t thank the president enough and have written to him at The White House and have also sent letters to Amanda Holden and Eamon Holmes off the telly, as I know they’re just as scared of 5G covid rays as I am”

Mrs Dell’s assertion comes just five days after a man from neighbouring Stepney complained that Bill Gates was syphoning blood from his 4-year-old cat and giving it to Tom Hanks so that the star could drink it in a bid to stay young-looking.

If you’ve been affected by any of the issues raised in this piece it might be an idea to give your head a bit of a wobble, or failing that, to throw yourself in the Thames with an anvil chained around your neck – Ed.

Speaking from outside her home in Surrey, Mary, 108, said: “If by offering a free hand shandy to people who have been laid low by this dreadful illness I am helping them on the road to recovery then it’s the least I can do.

“Although I might be past my prime in the hand relief arena, I’m still very strong in the wrists due to all the whisking and cake mixture-beating I do and feel more than able to ensure that every recovered patient blows his or her custard.

“In the event that I do get tired, I’ve invested in one of those Fleshlight artificial growler devices for the men and a Black Mamba Bully Boy Ribbed Arouser for the ladies”.

It is estimated, that if Mary does complete her task, she will expel roughly one thousand imperial gallons of spadge and almost double that amount in scalding fanny batter. 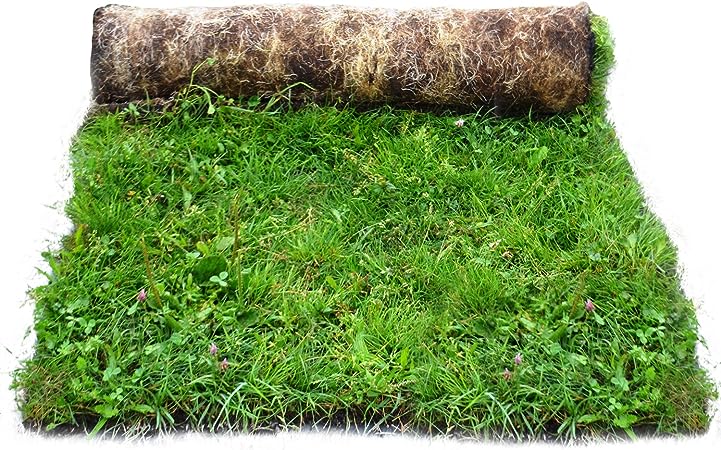 The scientific community has appealed to all practitioners of homoeopathy to stop sitting on their hands and to come to the aid of the fight against the deadly, covid-19 virus.

A spokesman for the World Scientific Council told newsmen last night: “This coronavirus situation is becoming pretty serious and we now believe it’s time for the big boys to step up to the plate before we end up with a global disaster on our hands

“We realise that homoeopaths have been sitting back and enjoying watching us struggle, safe in the knowledge that they can step forward at any point and put the whole thing to bed by giving us all some grass juice to drink or something along those lines.

“However, the scientific and medical community feel that it’s now time to put aside petty rivalries for the good of mankind.

The Association of Homoeopaths responded in a written statement last night “We freely admit to having enjoyed watching all those so-called medical experts failing miserably to save mankind with their futile searches for testing kits, and potentially-deadly, vaccines.

“However, we do accept that the death toll is getting a little bit naughty and realise it’s our duty to step into the breach”

The first homoeopathic remedy, Icke’s Vapour Rub, will go on sale at £70 per-50-centilitre bottle later on today at a number of health food outlets, with a strict, one bottle per-sucker limit in place until everybody’s feeling better.

Coronavirus Guidelines: An Update From The PM

If you can get your face waxed by a beautician, do it from home. If you can’t get it waxed, do it safely on the tube, remembering to stay one metre-plus from any sheltering or vulnerable beauticians.

If you can work, don’t work, similarly, if you can’t work, work from a waxing salon but don’t wear a face covering, unless you’re on the tube and you have underlying wax issues.

Coronavirus will all be over by Christmas, but if it isn’t and more people require emergency waxing or shelter on the tube, I won’t hesitate to impose another lockdown, with no tube travel, no Christmas, and no waxing safely from home, unless you’re a vulnerable, sheltering tube driver with a hairy face.

We’re all in this together, especially when we’re waxing our tubes or sheltering our faces on the buses and tubes.

If you are sheltering, don’t shelter, just go to work on the tube and keep 1-metre-plus from any self-isolating vulnerable wax drivers, especially on the bus at Christmas.

Remember. Save wax. Stay out of the NHS. Protect the virus.

Now, I’ll take a few questions from vulnerable members of the press about safe waxing on Christmas Eve and the government’s plans to build five thousand sheltering salons for locked down beauticians during an NHS tube delay caused by wax on the line at Charing Cross on Boxing Day after we’ve all been in it together along with a few self-isolating NHS tube drivers…