Witnesses say the northerner seemed to target the lone male who was on his way to work in Charing Cross when the incident occurred.

A woman on board at the time told us: “He just sat down next to this poor man and began chatting.

“I couldn’t make out much of what he was saying due to the accent, but it was ‘reet’ this, and, ‘reet’ that.

“At one point he began talking about his pet whippet and how he keeps coal in the bath.

Following the incident, the attacker was overpowered by fellow passengers and handed over to police, who wrestled the man to the ground and handcuffed him before taking him to Ebury Bridge police station where he remains in police custody awaiting an appearance at Horseferry Road magistrates court on Monday morning, charged with affray, resisting arrest, manslaughter and overfamiliarity.

This latest incident comes just two weeks after a 50-year-old woman from Spitalfields in East London, collapsed and died from heart failure in the arms of fellow commuters when a man from Sheffield in South Yorkshire approached her on the platform of Shadwell tube station and reportedly said, in what was described by witnesses as a cheery manner: “‘Ow do missus. It’s turned out reet nice again ah see”

Editor’s Note: It’s a complete myth that Northerners are, for the most part, pleasant and friendly individuals, while Londoners are taciturn, rude and lacking in warmth. Now get out, the lot of you! GO ON! GET OUT!

A 54-year-old Whitechapel man ate his wife last week after making the shock discovery that she was actually a cleverly sculpted concept cake made by a local online craft baker.

“I married her a few weeks ago because she seemed a nice quiet girl.

“She didn’t do much around the house mind you and I always had to make the first move in bed.

“Then, a few days ago, I was having a cup of tea sitting next to her on the sofa and decided to playfully nibble her neck

“Imagine my surprise when I discovered she was made entirely from Victoria sponge.

“She even had a cream and strawberry jam filling.

I’ve put the rest of her in the pantry for later.

“It’ll probably take me a few more days to finish eating all of her and I’ll need to get on the old treadmill to burn off the calories, but I’ll have plenty of time as I’ve just lost my job due to covid.”

This news came just a few days after a number of people accused Prime Minister, Boris Johnson of being a complete doughnut.

According to a local Whitechapel man, Adam Cartwright, the eldest son of Ben Cartwright out of the popular 1960s TV western series, Bonanza, is now living above a pie and eel shop in Roman Road in Bow where he makes a living trapping eels in the Thames estuary at Gravesend.

Toby Dell, 45, from Commercial Street, told a Whelk reporter: “I first spotted Adam out of Bonanza when I went in Kelly’s in Roman Road for a pie and mash a few weeks back.

“He came in the shop carrying a basket of live eels. It was definitely him, he was wearing a cowboy outfit and had that miserable look on his face that he used to have when he was on telly

“I asked him for his autograph, but he drew his six-gun and warned me that if I came any closer I was going to get a belly full of lead, so I just left him to it.”

This news comes just two-weeks after Trampus from The Virginian was spotted driving a number 24 bus in Camden High Street.

No feisty but exceedingly attractive saloon girls named Miss Kitty were harmed during the writing of this news item – Ed.

The wife and I have planted some geraniums (pelargoniums) in pots. They all have a flower bud, but someone told me to cut out the first bud to get more blooms for the rest of the year. Is this right?

Have you ever done it in the potting shed where people can see you? I bet you have, you saucy bleeders!

It’s the excitement of being discovered, isn’t it? I bet you and Tracy are going at it full pelt right now aren’t you? Let’s webcam!

Do you enjoy being restrained Toby? Does Tracy lash you to the bed with thick gardening twine and then push phallic-shaped root vegetables up your bottom? I bet she does, the filthy little slut! Webcam me!

Do you want me to send you pics of me pleasuring myself on my allotment? I want Tracy to sneer at the size of my pathetic manhood on webcam! Christ, I’m close!

PS.  Yes, I would remove the first flower bud(s) to allow the plants to put their energy into root growth and getting established. That way you’ll get a much better display throughout summer, if you’ll pardon the expression.

All the very best you two and enjoy your garden!

Politics in Brief: Trump and Pence to woo voters with Duelling Banjos

The White House press office has announced that President Donald Trump, and his Vice President, Mike Pence, will go on the campaign trail in the run-up to the November election with a performance of the grammy-winning duet, Duelling Banjos.

A press spokesman told newsmen last night: “The President and Vice-President are both huge fans of the movie, Deliverance, particularly the Duelling Banjos scene, and have decided to replicate it at rallies over the coming weeks to keep the crowds entertained, and, in particular, the sizeable inbred contingent’

A White House insider last night revealed that, while the vice-president has pretty much nailed the piece almost in its entirety after a few day’s intensive tuition, President Trump has been less adept at mastering his instrument and keeps trying to play it by putting the machine head in his mouth and blowing.

The Royal Navy has announced that the legendary World War II destroyer, HMS Belfast, has given birth to a healthy patrol boat at her moorings in The Pool of London and that mother and lightly-armed baby are both doing well.

Speaking from Admiralty headquarters in central London, a spokesman told newsmen: “We are delighted to announce that HMS Belfast successfully delivered a healthy, 72-ton PT Boat at 3 am this morning

“Mother and baby are both shipshape and doing well at this time despite prior concerns about the youngster’s rivetting being damaged by the unseasonally hot weather.

Rumours are now rife about the identity of the father, with some naval experts pointing the finger at an MBNA Thames Clipper that was spotted reducing speed and altering course as she sailed close to Belfast alongside her permanent mooring between London and Tower Bridges in May of last year.

However, The Daily Mail newspaper claims in its leader this morning to have clear footage of a rusty waste-haulage tugboat, skippered by Meghan Markle, making repeated attempts to direct one of its fire hoses at Belfast’s aft porthole early last April.

Local man in queue for flu jab fights back urge to attack pensioner with switchblade after irritating blood pressure query.

A 54-year-old Whitechapel man told a Whelk reporter earlier today that he had to summon up every ounce of his self-restraint to prevent himself from repeatedly plunging a switchblade knife into the back of an elderly man in front of him in a queue for a flu vaccination jab after the pensioner started asking the nurse if he could have his blood pressure monitored.

Toby Dell, a forklift truck engineer, told us: “I’d been in that damn queue for over half an hour in the baking hot sun outside the surgery.

“Everybody was masked up and socially distanced and I was more than happy with that.

“However, when I finally got inside the surgery and out of the heat, this old bastard in front of me started droning on to the receptionist about his f*****g hypertension issues despite it being the queue for flu jabs with f*****g great signs up all over the bloody shop.

“I felt my blood begin to boil and I reached for the flick knife in my pocket.

“I began to contemplate repeatedly plunging it between this old goat’s shoulder blades to make him shut up so I could get my damn jab.

“However, I managed to fight back my murderous urges and just shoved the coffin-dodging old bugger out of the way and pushed in front of him.

“It’s a good job I’m a mild-mannered and law-abiding man I can tell you that much.”

In 1978, Mr Dell served two-years for a machete attack on the shopper in front of him who pulled out a number of money-off vouchers when he arrived at the checkout. 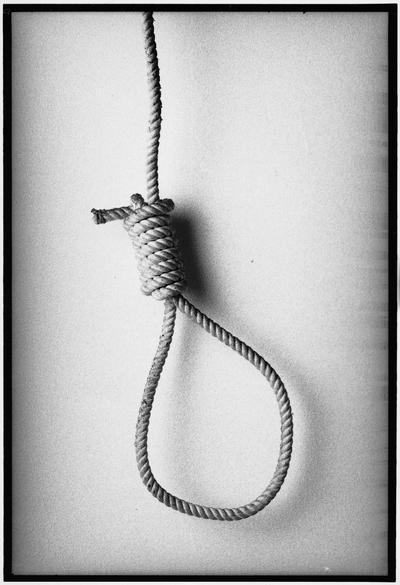 A 54-year-old Whitechapel man was founded hanged at his home yesterday following an incident the previous day when he fell headlong at the feet of a teenage girl that he was trying to impress by vaulting a low railing.

Toby Dell, a forklift truck engineer from Vallance Road, seemingly became so depressed and filled with an all-pervading sense of shame that haunted his every waking moment that he took the easy way out.

We managed to trace the young lady involved last night.

Tracy Carter, 18, a hairdresser from Leman Street, told us. “It was so embarrassing.

“This old bloke tried to vault the barrier and came crashing down in front of me.

“What an idiot. Did he think I was going to be impressed by the athletic prowess of a geezer old enough to be my grandad? I don’t think so.

“No wonder he hung himself. You call it a pratfall. Twat fall more like”

This incident comes just a week after the body of a 52-year-old man was found washed up on the Thames foreshore at Wapping Dock after he tumbled from London Bridge as he attempted to execute a nimble sidestep to allow a 20-year-old woman to pass.

Controversial budget airline, Ryanair have announced that their recently-confirmed £5 flights to selected European cities will feature a post-takeoff flogging in the galley for passengers taking advantage of the bargain flights.

A spokesman for Ryanair, who recently came under fire for making passengers go to the toilet in their pants if they refused to pay the airline’s notorious £100 ‘chodbin duty’, told newsmen:

“We’re delighted to announce, that for a few hours, customers will be able to purchase tickets to places nobody wants to go, like Albania or Huddersfield for just five pounds.

“However, they will be stripped and flogged with a cat-o-nine-tails shortly after takeoff by way of retribution.

“Salt will be made available to rub into their wounds post beating, subject to a salt and rubbing surcharge payable on pain of death’

In other related news; last week, a Ryanair passenger with suspected coronavirus was charged two thousand Euros for being dragged from the plane by men in Hazchem suits at Dublin airport.

EDITOR’S NOTE: If it’s possible to actually hate an actual company we hate these licenced brigands with a fearsome intensity. In short, I wouldn’t give these robbing scumbags the steam off your piss.