Biden to spend next 72-hours looking for tips on Facebook 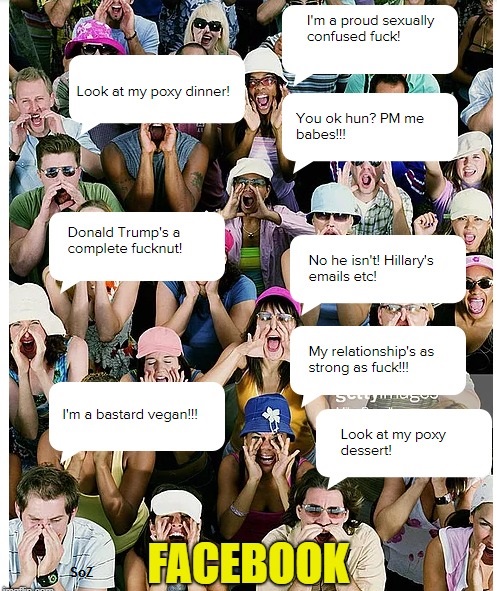 Newly-inaugurated President of The United States, Joe Biden, is set to spend the first three days of his presidency poring over Facebook posts in a bid to learn how best to govern America, a White House insider told us last night.

The aide revealed: “Even though President Biden has held high office for forty years, including two terms as vice-president, he realises that he needs the wisdom and the considered views of people on Facebook to guide him through what will arguably be the most difficult, challenging, and arduous first term of any president in the history of our country.

“He is also hoping to check out a few dinner pics, along with some alarming images of people’s hideous-looking kids.”

His plans have received a mixed reaction so far, with one local man, Toby Dell, from Thrawl Street, telling us: “Personally, I think President Biden should rely on his huge experience in high office to plan the way forward, but I suppose if he wants to form his strategy based on the opinions of a bunch of industrial-strength arsehats with too much time on their hands on a social media platform that’s up to him.

“At the end of the day, he can’t make a worse job of it than the last mad cunt”

A White House spokesperson last night refused to comment when asked about rumours that Vice-President, Kamala Harris, had spent the night, scrolling down her Twitter feed, looking for advice on how best to deal with pressure from The Federal Reserve.

Editor’s Note: President Biden is a fine man and we are wholly convinced that he will do the best job possible in the face of pretty horrendous odds. The above piece is aimed at the social media idiots who seem to thing that the way forward is to start giving the guy tips before he’s had a chance to open a beer and stick his presidential trotters up on the Oval Office desk. The sun shone for the president yesterday and a bright new day has dawned in the Land Of The Free. Amen.

I won’t rest until I’ve followed every blog on WordPress, vows Biden

United States President-Elect, Joe Biden, broke away from his inauguration preparations earlier to tell a Whelk reporter that his primary goal before he addresses the current health emergency and the rise of the far-right is to follow every blog on WordPress in a bid to get huge quantities of likes everytime he publishes a piece.

“I’ve noticed that some contributors are attracting literally hundreds of likes despite the fact that their own output is absolute garbage”, he told us.

“There’s one dude wearing an army hat who regularly attracts huge amounts of likes and his blog is a real piece of boring crap.

“I can only put it down to the fact that he follows just about every blog on the whole damn site, from appalling self-published book bandits to the blogs based on self-help, dieting, and sceptic tank-emptying.

When our reporter asked him how he was going to find time to read all those blogs, he chuckled and replied: “Read ’em? Hell, nobody reads other people’s shit.

“You just scroll down the reader and click on the little star gizmo beneath the blogs that follow you back.

“I only ever read two blogs with any degree of regularity and that’s, The Shinbone Star, because they rip the piss out of Trump, and, The Whitechapel Whelk, which is a limey newspaper cobbled together by a bunch of East London juice-head satirists.

In tomorrow’s edition: ‘How I bagged myself eighty thousand Twitter followers by posting saucy shower pics of Prince Philip, by Her Majesty The Queen.

In a surprise announcement last night, President-elect Joe Biden, pledged to make the London District of Whitechapel the mouth organ-playing capital of the world.

Speaking to reporters in Wilmington Delaware, Biden said: “Following the complete chaos of the Trump presidency, I feel it is time to restore faith in the United States on the world stage

“A time to heal the divide that now exists between our great country and our overseas neighbours.

“So what better way to build bridges and to restore the respect for America that has been tragically lost during the last four years than to make Whitechapel the mouth organ capital of the entire world.

“The Treasury Secretary has agreed to invest four billion dollars in the project initially, with a rolling annual donation of a further one billion starting this March.

“Every man, woman and child will be provided with a mouth organ in a faux leather pouch with a genuine microfibre cloth to keep it shiny and free from finger-marks

“Lessons will be mandatory and conducted every two hours by a specially-trained mouth organ maestro from one of our United States harmonica academies.

“This great country of ours will not rest until we have put Whitechapel at the very summit of human achievement when it comes to learning the mouth organ in a very short time.”

Toby Dell, a 54-year-old forklift truck engineer from Dean Street told a CNN reporter: “This is outstanding news and a massive boost to the whole of the neighbourhood.

“I knew things were going to look up when they got rid of the orange cretin but this is beyond my wildest dreams, to be honest.

“The wife and I have already started learning, If I Were The Marrying Kind, and, The Rose Of Tralee, in bed at night.

The last time a London district was given special attention by an overseas country was in 1968 when Belgium voted Bermondsey in south London as the place they would most like to bomb into the Stone Age.

A White House official, emboldened by the US election result, last night crept into The Oval Office, where President Donald Trump has been sleeping since the outcome became clear, and gently closed his eyelids in a bid to prevent the sleeping POTUS from freaking out fellow staffers who have complained that his habit of sleeping with his eyes open has unnerved them.

The unnamed aide told The Whelk: “He looks and sounds insane enough when he’s awake, so you can imagine what he looks like when he sleeps with his eyes open.

“He’s one crazy fuck and we all can’t wait until Joe and his wife move in on January 20th.

“I know that a number of my colleagues have been really freaked out by the way he sleeps.

“One lady told me that she entered the Oval Office to grab a file and he was asleep, flat on his back on the desk with his eyes wide open.

“As she was leaving, he farted loudly, sat bolt upright, tugged on his belt and yelled, ‘Daddy, is it that time again?”

Trump is not the only Republican President to take his repose in the Oval Office.

In 2003, President George W Bush climbed on top of his desk and slept soundly for three hours while British Prime Minister, Tony Blair was explaining to him how he had found God.