Queen on Meghan: I miss our boiled eggs with soldiers, breakfasts in bed

Her Majesty The Queen yesterday revealed in a BBC documentary that she often enjoyed having breakfast in bed with The Duchess of Sussex, Meghan Markle, and that she misses it dreadfully.

Speaking to documentary-maker, Louis Theroux, a clearly wistful Queen said: “Meghan would often pop down in the morning and climb into bed with me for a snuggle.

“We’d chat about life as a royal, its trials and tribulations and all manner of other things.

“Meghan was a big football fan who supported West Ham United and would often get a little tearful when the footman bought in the papers and she read about her beloved Hammers suffering another heavy defeat.

“I’m a Chelsea fan personally so I couldn’t have cared less, to be honest.

“We’d chat for a while and then breakfast would be served and we’d have it in bed, playfully dipping our soldiers in each other’s eggs and generally having a good laugh.

“Sometimes, Harry would come in looking for her and start moaning about having to breakfast alone but after he’d gone we’d start giggling because we both knew he had the face on over not getting his morning leg-over.

“I miss our times together and wish she’d make her peace with the family and come back.

“Kate’s very nice but she’s a bit strait-laced, to be honest.

“I did ask her if she’d care to join me for breakfast in bed on occasion but she made excuses and generally shied away from the idea.

Her Majesty’s surprise revelations come just a month after Prince Philip told Esquire magazine that he regularly had midnight feasts and nude pillow fights with Duchess of York, Sarah Ferguson, when she lived at Buckingham Palace with Prince Andrew in the 90s.

The nation was dealt another hammer-blow yesterday when news broke that the wedding guest list of Princess Beatrice and millionaire property developer, Edoardo Mapelli Mozzi, is to be restricted to just two complete waste of space toffs due to the coronavirus scare.

As of yet, the couple have not announced which pair of privileged, plummy-voiced pillocks they have chosen, although a royal insider has intimated that it will probably be Beatrice’s waste of skin sister, Eugenie, and her ocean-going twat of a husband, Jack Brooksbank.

The Archbishop of Canterbury, who has been booked to officiate at the couple’s nuptials inside Buckingham Palace on May 29, told newsmen: “This is obviously very unfortunate for the young couple, but these are troubled times and if it means restricting the guest list to just two entitled, braying arseoles then so be it.”

The British media gave a mixed reaction last night, with the Socialist Worker calling the news, ‘Great stuff’, while The Daily Mail and The Express blamed the situation on ‘ Bremoaner snowflakes’ and Meghan Markle respectively.

A government financial body has urged the royal household to kerb excessive spending as it was revealed that The Queen, accompanied by Prince Philip, spent £13.75 last Saturday night in a local pub close to Sandringham where the couple are spending the festive season.

The House Of Commons Accounts Committee issued a statement last night strongly criticising the use of public funds by Her Majesty, on what they describe as, “frivolous jaunts”

The report alleges that The Queen splashed out £13.50 on 2 pints of light and bitter and a Sambuca “Depth Charge” cocktail, while the Duke spent almost £30 on pints of snakebite

Her Majesty then went on to play 3 games of bar billiards with her husband, costing 50p a frame.

The Committee’s statement also made the claim that Prince Philip had a number of unsuccessful goes on the fruit machine costing a further £3.

“However, what the people of this country should also know is that The Duke had earlier won £40 on the horses for an outlay of just £10 on a 4/1 shot at Kempton Park and that it was this money that was used to fund the night out and not monies from the public purse”

He then left without taking questions as journalists pressed him on alleged claims that Prince Philip had also spent £2.00 on a packet of strawberry flavoured condoms in the gents toilets and that they’d both had a large doner kebab with salad and chilli sauce in the cab on the way home costing a whopping £8.90

Buckingham Palace last night revealed that Her Majesty The Queen, along with The Duke of Edinburgh and other prominent members of the royal family, will this year be spending the Christmas period on the enormous face of pop icon, Olly Murs.

A Palace spokesman told reporters that The Queen is fed up with spending every Christmas at Balmoral and fancied a change.

It is understood that the Queen and Prince Philip will be spending the nights on Murs’s gigantic forehead, while William and Kate will be given a small suite of rooms on his massive chin.

Harry and Meghan will be spending much of the festive period up his massive nose, although, due to their famously raucous lovemaking, The Queen has stipulated that they sleep in separate nostrils and that Murs must put wads of cotton wool up his nose at night in case Harry tries to sneak into Meghan’s nostril to give her a noisy scuttling while everyone’s sleeping off the grog.

It is also understood that strict security will be in place in case Fergie tries to sneak onto Murs’s face uninvited.

This move will constitute the biggest departure from royal festive tradition since Queen Victoria and Prince Albert, along with 700 invited guests, saw in the New Year on the cheeks of Kaiser Wilhelm’s gigantic arse. 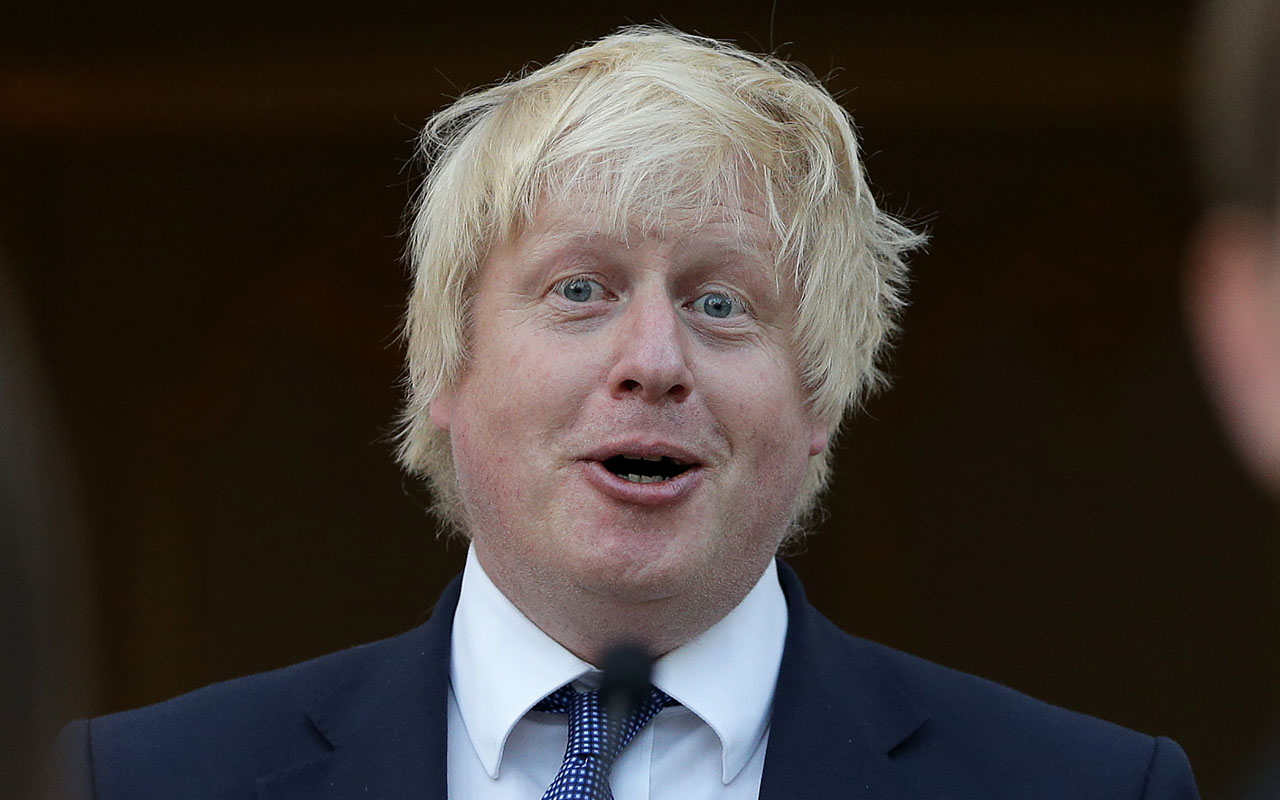 The Whitechapel Whelk would like to point out that we do not endorse the killing and consumption of heads of state of any country,

However, if the American public ever feel inclined to make a few thousand Trump Burgers at some point, then far be it from us to stand in the way of the will of the people – Ed

Following the road traffic accident yesterday in which a Range Rover being driven by HRH Prince Philip, The Duke of Edinburgh, ended up in a ditch, the 97-year-old Duke put the blame squarely on the driver of the other car involved in the incident, who he described as, “a slitty-eyed Chinaman who was driving like an Indian”

Philip, 97, told newsmen: “I was driving along minding my own business on the way back from the pub when this other car came straight at me like a bat out of bloody hell.

“I’ve seen Indians drive better and that’s bloody saying something believe you me.

“I didn’t get a really good look at the Johnny in the other jalopy, but he was an odd-looking cove with yellow skin and slitty eyes. A bit like a bloody Chinaman.

“One minute we’re teaching these blighters how to use a knife and fork, and the next, they’re forcing off our own bloody roads.”

The Duke was said to be comfortable last night, although a royal insider said he was suffering from minor bruising following a late night, whisky-fuelled rolling pin attack by The Queen.

A perfectly preserved stool believed to have been evacuated by Queen Elizabeth, The Queen Mother, during the war, has been sold at Sotheby’s auction house in London to a private American buyer for a cool 7 million dollars.

The 7-inch, 14-ounce rocket was retrieved from The Queen Mother’s toilet at Sandringham House by a royal flunkey who found it nestling on top of the paper in 1941 after she had forgotten to pull the chain.

The servant had the royal turd injected with embalming fluid and had kept it in a display case in his front room until his death last year when it was discovered by council workmen who handed it in to the police.

A spokesperson for the royal household told newsmen: “The Queen would have prefered to have kept her mum’s roscoe in Buckingham Palace, but the money will definitely come in handy to put towards the new central heating”

This is not the first time bodily waste from one of the royals has been auctioned off. In 1994, a phial containing 40 millilitres of Prince Philip’s piss fetched £9.50 at Cable Street Car Auction in Shadwell, East London, as part of a part-exchange deal for a Honda Civic.

Her Majesty The Queen was under fire in some quarters yesterday after pointedly refusing to give the newly-appointed, Duchess of Sussex, a traffic light control clicker device which all members of the royal family carry to ensure that they are never held up by a red light at any of London’s busy road junctions.

The Queens refusal to give the Duchess a clicker is being seen by some as an indication of Her Majesty’s disapproval of Meghan’s American roots and also as a means of expressing her dislike of the fiery sermon delivered by Bishop Michael Curry during Saturday’s wedding ceremony.

A royal insider said last night: “The Queen’s not happy, and the fact that she’s refused to give Meghan a clicker speaks volumes.

“I even heard that she told The Duke of Edinburgh that she doesn’t want that woman fucking about with our traffic signals.”

The last royal to be denied a traffic light remote control was The Queen Mother, who had hers confiscated by The Queen when she caused a number of accidents at Hyde Park Corner after messing about with her clicker in the back of a royal limousine following a boozy luncheon with The Lord Mayor at The Guildhall in 1973.