Whitechapel wins bid to stage 2024 Olympics For The Elderly

There was jubilation in the London district of Whitechapel last night when it was announced that the East London area would be hosting the 204th Pensioner’s Olympiad in July 2024.

The district, with an average age of 87, beat off stiff competition from a host of strong contenders worldwide, including; Miami Florida, Brisbane Australia, a small village in The Himylayas which boasts an average age of 103, and, Bournemouth on the south coast of England, which claims to sell more Phyllosan tablets per capita than any other place on earth.

The district now has to gear itself up to host over a million unsteady visitors with impaired vision, failing memories and bladder control issues.

It is estimated that building costs on public lavatories alone are expected to exceed a billion pounds.

Among the events being staged in and around the proposed new Derby And Joan Arena are: The 10000m Wandering Off Aimlessly; Throwing The Commode Cover; The 4 x 100m Having A Bit Of A Fall, and the gruelling, Iron Grunter Triathlon, where over 200 of the world’s fittest coffin dodgers will compete cheek by jowl in three taxing disciplines during which they will be required to talk about the war for over three hours before leaping onto mobility scooters to nip down to the corner shop for a nice bit of brisket.

Finally, in a punishing, lung-bursting effort, they’ll have to hold everybody up in the queue for the supermarket checkout by handing over dozens of money-off vouchers before laboriously counting out small change in an effort to ‘get rid of their coppers’.

A spokesperson for the IAAF, The Infirm and Arthritic Athletes Federation, congratulated Whitechapel on their achievement in winning the games but then went on to place great emphasis on fair play and the Corinthian spirit.

‘Strict guidelines will be in place to ensure that each event is contested on a level playing field’, he told newsmen

‘Any underhand or questionable practices will be dealt with swiftly and equitably, in keeping with the Olympic spirit”

This was clearly a reference to the ill-fated games of 1999 when 78-year-old Tobias Dell, the gold medallist and world record holder in the 100m allotment-weeding final, was subsequently tested and found to be under the influence of performance-enhancing, Wincarnis Tonic Wine.

Dell was also found to be wearing outlawed goloshes which had been treated with a slick silicone coating, enabling him to cut through the air faster as he raced up and down his vegetable plot spraying the bindweed on his Jersey Royals potato crop.

Also, at the discredited Games, the 1500m wheelchair race, the blue riband event, was badly tarnished after Klaus Himler, the German winner of the event, was discovered to have driven the entire race in a forbidden and extremely dangerous spiked wheelchair, causing several of his opponents to career from the track after having their spokes badly mangled in tight corners.

The Games will be staged during the four weeks from 17th July 2024, although brief breaks will be permitted from time to time to allow athletes to nip home to feed the cat and/or to take a nap in the afternoons.

A 54-year-old Whitechapel man has told The Whelk that a recent search on a genealogy site has revealed that his late father was a brutal torturer in the feared Nazi secret police, the Gestapo.

Speaking from his home in Brushfield Street yesterday, Toby Dell, a forklift truck driver, said: “I recently subscribed to a website that promises to discover your ancestors going right back to the Middle Ages.

“As you can imagine, I was pretty disappointed to find out that my dad was a massive Nazi who tortured people in a dungeon underneath a castle in Bavaria.

“Apparently, he used to administer electric shocks to people’s private parts and wasn’t averse to using mediaeval instruments of torture, including the Iron Maiden and The Rack to make people confess to being spies or Jewish.

Dell’s revelations come just two weeks after another family tree-researcher, a 35-year-old woman from Shoreditch, discovered that her grandmother was The Beast Of Belsen. 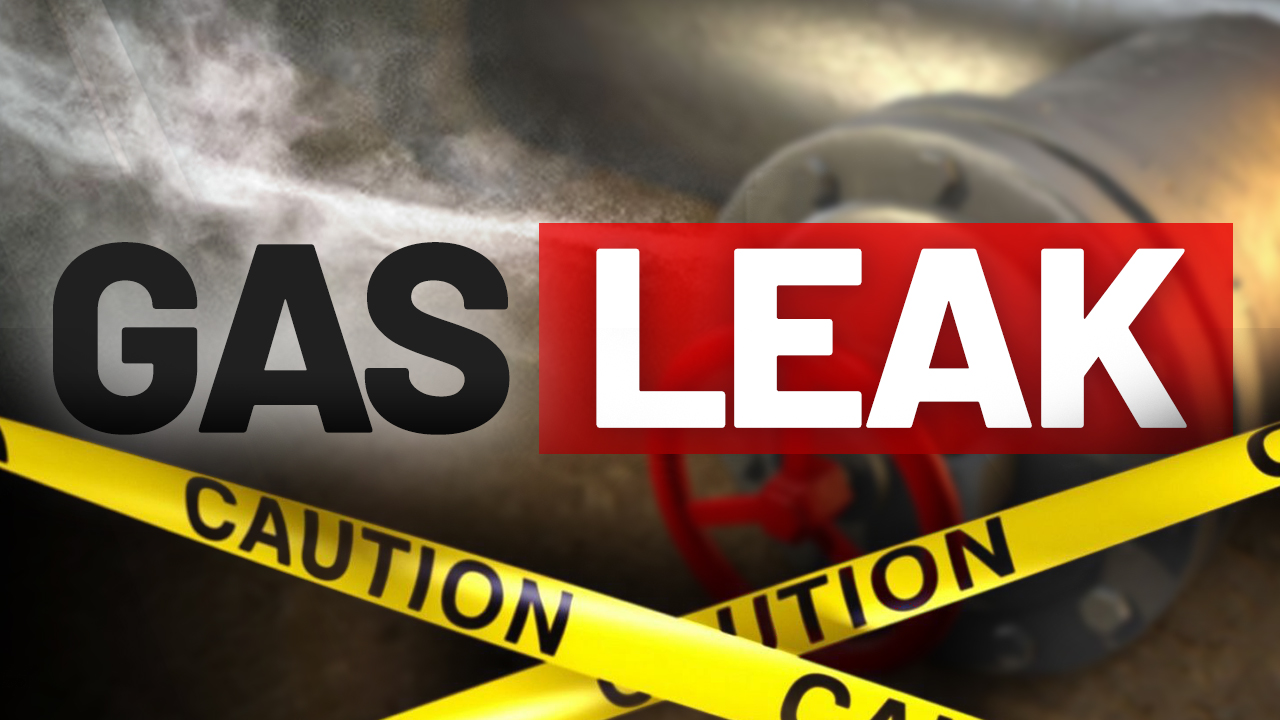 A 23-year-old woman from Whitechapel in East London was found hanged in her bathroom on Tuesday night following an incident in the street on the previous evening when she noisily broke wind in front of her new boyfriend who had surprised her by jumping out in front of her from a shop doorway in Commercial Street.

Tracy Carter, a beautician from Berner Street, had told friends that it was the most embarrassing day of her life and that she was struggling to come to terms with it.

The man concerned in the incident, Toby Dell, 25, a diesel-fitter from Mile End, told us: “I spotted Tracy walking past Spitalfields Market and decided to surprise her.

“I ducked into a doorway and jumped out in front of her when she drew level.

“She screamed and then unleashed this enormous, double-barrelled fart. It was a real rip-snorter and loads of people turned around and looked at her.

“I actually thought it was pretty funny but she got really upset and ran off down the street.

“The ironic part of it was that she actually let fly with a few minor squeakers as she took off.

“To be fair, it was the first time she’d ever done that in front of me, although, you can bet your bottom dollar she used to fart privately. That’s women all over in my view.

“She was a nice girl though and I’m pretty sorry she’s hanged herself, although, I have to say, I think she overreacted a bit”

This incident comes just two weeks after a 19-year-old girl from neighbouring Spitalfields threw herself into Wapping Dock and drowned after repeatedly failing to flush a stubborn ‘submarine’ down the toilet at her new boyfriend’s flat in Silvertown, only managing to reduce it to a ‘peeper’.

A 54-year-old Whitechapel man has told The Whelk that he was extremely disappointed when he failed to discover the body of a murder victim while out walking his new puppy at the weekend.

Toby Dell, a gravity die-caster from Vallance Road, told us: “I was really looking forward to taking the dog out for his first walk since we bought him and discovering a partially-clothed dead body in some dense undergrowth after the dog had run in to investigate.

“However, after spending over an hour in Mile End Park, going close to all the undergrowth I could find, I came back home without stumbling across a single grisly murder scene.

“I was really looking forward to discovering a mutilated corpse and calling the cops to report it.

“I could have been interviewed on BBC London News by that Alice Bandrakarvy or one of her colleagues, so I’m pretty gutted to be honest.

Statistics show that 98 per cent of murder victims are discovered by dog-walkers, usually after the owner has accidentally thrown the dog’s ball into a densely wooded area or thick undergrowth.

Up to thirty women were killed yesterday afternoon during a frenzied stampede to see the actor, Tom Hardy, opening a local specialist cake shop wearing a tight-fitting pair of briefs.

Earlier, a crowd of over a thousand women from across East London had gathered to watch the hunky star open the shop in Whitechapel Road in his pants.

However, tragedy struck when the crowd surged forward as the scantily clad actor emerged from a limousine outside the shop in a pair of black Calvin Klein briefs.

One woman who witnessed the carnage, Tracy Dell, 54 from Thrawl Street told us: “It was absolutely horrendous, to be honest.

“As soon as Tom got out of the car there was a huge surge forward and I saw many women crushed underfoot in the melee.

“I myself trampled on at least five bitches who were standing in front of me, blocking my view of Tom’s lunchbox”

We at The Whitechapel Funeral Parlour are delighted to give you this once-in-a-lifetime opportunity to have your arse on display to all and sundry after your death.

The Undignitarse Peek-A-Boo Buttock Display Coffin of Hope is a lovingly crafted and uniquely designed coffin that will ensure that grieving friends and relatives will be afforded a first-class view of your arse before you are taken to your final resting place.

Each coffin is fitted with a viewing aperture, which can be pre-ordered by you, or requested by your family, so that even the biggest arse can be fully displayed. We even offer a full complimentary arse-shaving and tag nut removal service to ensure that your arse looks absolutely pristine and is free of unsightly ‘cling-ons’ when it is put on public display.

Retailing at just £3567.89, The Undignitarse is unbeatable value for the terminally ill and suicidal alike; or even for the forward-thinking individual who just wants to make sure their loved ones and acquaintances can have a really good look at their arse before they are either laid to rest or put into an incinerator.

Here’s a testimonial from just one of our satisfied mourners:

‘My wife had an absolutely massive arse, so I wasn’t sure that The Undignitarse was for me. But, thanks to the skilled craftsmen at The Whitechapel Funeral Parlour who put a 3-foot square window in her coffin, the entire family was able to have a really good look at both of her gigantic cheeks before she was buried. Thanks, Whitechapel Funeral Parlour!’ – Toby Dell, Cripplegate, East London.

Order your Undignitarse today and get a free brochure detailing our wide range of revealing caskets; including the iconic “Cock Flasher” and the ever-popular “Minge Mate”

STOP PRESS: Whitechapel Man With No Legs Thrown Out Of Local Dance Hall For Arsing About.

In a surprise announcement last night, President-elect Joe Biden, pledged to make the London District of Whitechapel the mouth organ-playing capital of the world.

Speaking to reporters in Wilmington Delaware, Biden said: “Following the complete chaos of the Trump presidency, I feel it is time to restore faith in the United States on the world stage

“A time to heal the divide that now exists between our great country and our overseas neighbours.

“So what better way to build bridges and to restore the respect for America that has been tragically lost during the last four years than to make Whitechapel the mouth organ capital of the entire world.

“The Treasury Secretary has agreed to invest four billion dollars in the project initially, with a rolling annual donation of a further one billion starting this March.

“Every man, woman and child will be provided with a mouth organ in a faux leather pouch with a genuine microfibre cloth to keep it shiny and free from finger-marks

“Lessons will be mandatory and conducted every two hours by a specially-trained mouth organ maestro from one of our United States harmonica academies.

“This great country of ours will not rest until we have put Whitechapel at the very summit of human achievement when it comes to learning the mouth organ in a very short time.”

Toby Dell, a 54-year-old forklift truck engineer from Dean Street told a CNN reporter: “This is outstanding news and a massive boost to the whole of the neighbourhood.

“I knew things were going to look up when they got rid of the orange cretin but this is beyond my wildest dreams, to be honest.

“The wife and I have already started learning, If I Were The Marrying Kind, and, The Rose Of Tralee, in bed at night.

The last time a London district was given special attention by an overseas country was in 1968 when Belgium voted Bermondsey in south London as the place they would most like to bomb into the Stone Age.