Politics in Brief: Trump and Pence to woo voters with Duelling Banjos

The White House press office has announced that President Donald Trump, and his Vice President, Mike Pence, will go on the campaign trail in the run-up to the November election with a performance of the grammy-winning duet, Duelling Banjos.

A press spokesman told newsmen last night: “The President and Vice-President are both huge fans of the movie, Deliverance, particularly the Duelling Banjos scene, and have decided to replicate it at rallies over the coming weeks to keep the crowds entertained, and, in particular, the sizeable inbred contingent’

A White House insider last night revealed that, while the vice-president has pretty much nailed the piece almost in its entirety after a few day’s intensive tuition, President Trump has been less adept at mastering his instrument and keeps trying to play it by putting the machine head in his mouth and blowing.

The Whitechapel Whelk has learned that hundreds of Donald Trump supporters in some of the southern states of America have been killed by hunters who have then skinned them and sold their hides on the internet.

The pelts can fetch up to $12 each on the black market and are famed for their thickness, their blotchy redness around the neck area, and all-weather durability.

Many end up as car seat covers, or, in the case of extremely large pelts, as builders’ tarpaulins, which can be used to cover piles of bricks or open cement bags overnight.

A White House spokesperson told us last night: “This disgusting trade in President Trump’s supporters has to stop. It’s bad enough that our popularity is dropping off alarmingly without these unscrupulous people preying on what remains of our support.

“I wouldn’t mind, but we didn’t have that many to start with. You only have to look at the poor turnout for the inauguration to see that”

Fears are now growing, that if something isn’t done to stop the growing trade in Trump supporter hides, the creatures could go on the endangered species list along with the white rhino and also Whitechapel car mechanics, who are highly prized by housewives across the world who use their stuffed penises as rolling pins.

In a major setback to the much-vaunted, nationwide rolling out of a coronavirus vaccine in Russia, it has been reported that the daughter of President Vladimir Putin, Yekaterina, who took part in the trial programme for the so-called, Sputnik-5 vaccine, has become a manatee.

A spokesman for the Kremlin told Russian media: “While it is true that President Putin’s daughter has now become a manatee it is unclear if the coronavirus vaccine was a factor.

“Admittedly, some of the other people involved in the trial programme have also turned into large, marine mammals but that could be sheer coincidence and anti-Russian, western speculation”

It is believed that Putin’s daughter was found drifting around in the pool at the President’s holiday home on the coast of Georgia on Tuesday evening and was identified by her, ‘Vlad’s My Dad’ knickers.

Coronavirus Guidelines: An Update From The PM 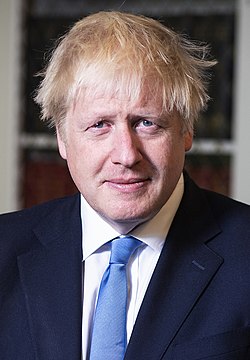 If you can get your face waxed by a beautician, do it from home. If you can’t get it waxed, do it safely on the tube, remembering to stay one metre-plus from any sheltering or vulnerable beauticians.

If you can work, don’t work, similarly, if you can’t work, work from a waxing salon but don’t wear a face covering, unless you’re on the tube and you have underlying wax issues.

Coronavirus will all be over by Christmas, but if it isn’t and more people require emergency waxing or shelter on the tube, I won’t hesitate to impose another lockdown, with no tube travel, no Christmas, and no waxing safely from home, unless you’re a vulnerable, sheltering tube driver with a hairy face.

We’re all in this together, especially when we’re waxing our tubes or sheltering our faces on the buses and tubes.

If you are sheltering, don’t shelter, just go to work on the tube and keep 1-metre-plus from any self-isolating vulnerable wax drivers, especially on the bus at Christmas.

Remember. Save wax. Stay out of the NHS. Protect the virus.

Now, I’ll take a few questions from vulnerable members of the press about safe waxing on Christmas Eve and the government’s plans to build five thousand sheltering salons for locked down beauticians during an NHS tube delay caused by wax on the line at Charing Cross on Boxing Day after we’ve all been in it together along with a few self-isolating NHS tube drivers…

Amid chaotic scenes in West London last night a mob of over 200 Winnie The Pooh activists attached ropes to the iconic statue of Paddington Bear on Platform 1 of the station which bears his name and pulled it from its plinth.

The baying mob then dragged it 100 metres to Paddington Basin and pushed it into the water, cheering wildly as it sank to the bottom of the canal.

A spokesman for the Pooh Liberation Front told newsmen: “That bear was a symbol of all that’s vile in this country.

“Unlike Winnie, he was a foreigner from a country notorious for its drugs trade and therefore serves as a constant reminder of the harm done to British coke-users down the years.

“He was also a convicted felon as we saw only too clearly in the first film about his sordid life.

“He may have made noises in public about being a marmalade enthusiast, but its an open secret that he was a clandestine honey thief.

“Why do you think Pooh was forever running out of the stuff?

“Britain smells a whole lot sweeter with this odious character at the bottom of the canal in my view.”

In other related news, the statue of Peter Pan outside Great Ormond Street Hospital in Bloomsbury was last night daubed with red paint and anti-Neverland slogans by Captain Hook militants.

Farage made me dress as Trump during saucy romp says, Iain Duncan Smith

Duncan Smith, 66, told the newspaper: “Nigel invited me round one evening in October last year.

“I thought he wanted to discuss Britain’s post-Brexit trade negotiations with Africa or something.

“However, he made it pretty clear from the outset that there was only one thing on his mind.

“He was scantily-clad in just shorts and a Hawaiian-style, short-sleeved shirt. His hands were all over me as soon as I sat down on the sofa.

“He started kissing my neck and began fondling me over my trousers.

“He then produced a Donald Trump wig and begged me to put it on and to adopt an American accent.

“I was confused and a little scared so I complied with his wishes and began talking about Nambia, covfefe, and invisible USAF planes.

“It was over in seconds, to be honest. I think my references to injecting bleach may have been the trigger.

“He then made me a cup of tea, told me that he loved me and asked me to leave.

“I felt used and dirty. I told my wife and she advised me to sell my story to the papers to get a few quid out of it”

Duncan Smith’s account comes just a week after ex-Labour leader, Jeremy Corbyn, told newsmen that he was asked by, ex-Tory backbencher, Ann Widdecombe, to tie her up in her cellar and commit an unnatural act while dressed as Karl Marx. 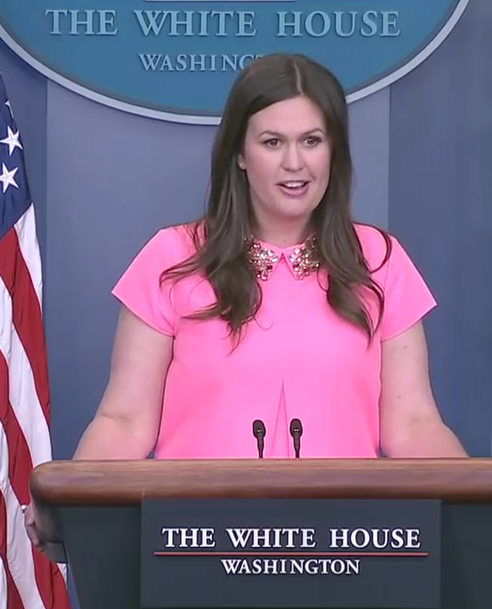 Sanders told reporters: “Listen, I know that I toed the Republican Party line and told the press boys what Trump wanted to hear, but we all know the man’s a weapons-grade asshole, so when the opportunity arose to raise a few yuks at his expense, I just went for it.

“We’d all had a few drinks, apart from Trump who was on alcohol-free cocktails, and were in high spirits.

Trump went to the can at one point and a couple of the guys – I think it was Donald Rumsfeld and that guy who got thrown in jail for lying to Congress, told me to fart in his drink.

“I was reluctant at first and then I thought, why the hell not, the guy’s a total doofus.

“I picked up his highball glass, quickly pulled my panties down at the back and let fly into his drink. It was a real rip-snorter and you could hear the damn thing bubbling and everything.

“When he came back in the room and started drinking it, some of the guys couldn’t contain themselves and had to leave the room while Rudi Giuliani actually started crying”

This incident mirrors the 2005 occasion when Secretary of State, Condoleeza Rice, admitted to urinating in George W Bush’s bottle of Bud at a White House press briefing while the president was fielding a question from the Washington Post on the progress of the second Gulf War.

Boris Johnson and Dominic Cummings are currently appearing in the hilarious farce, No Diseases Please We’re British, at the York Hall, Bethnal Green.

Editor’s Note: If any foreign people are reading this errant nonsense in the press about the UK being the worst country for covid-19 deaths per million of the population, I urge you to dismiss it all as a tissue of leftie lies. We are, after all, the country where Nelson was born and where blue passports will soon be carried by every staunch Britisher. No virus would dare to infect this blessed plot. Oh dear me no. That’s right out, that is!

Prime Minister, Boris Johnson, last night threw his weight behind his under-fire, advisor, Dominic Cummings, after his arrest following a late-night axe attack on his 4-year-old son which left the youngster fighting for his life in a London hospital.

Speaking to newsmen outside No.10 Downing Street, Johnson, who had earlier staunchly defended Cummings’ lockdown breaching 260-mile trip to Durham with his wife and son while both parents were displaying covid-19 symptoms, said: “I have spoken to Dominic and he has assured me that, just like he did when he drove the lad halfway across the country during the lockdown,  he was acting purely from his fathers’ instinct and was using good old-fashioned British common sense when he went for the kid with the axe.

“In any case, the boy is expected to make a full recovery over the months, albeit with a few scars and minus his right arm.

“In my view, it will be character-building for the lad and it’s no worse than the rough and tumble antics that the new boys at Eton were subjected to during their first term.

“Indeed, I was flogged to the bone with a barbed cat o’ nine tails while red hot pokers were applied to my private parts on my first morning and look where I am today.